The American Society of International Law hosts a Midyear Meeting annually in late October or early November. The meeting encompasses several events, including leadership meetings of the Society's Executive Council and the Board of Editors of the American Journal of International Law; the Research Forum, which features cutting-edge international law scholarship by more than 70 authors; and programming for practitioners. The Midyear Meeting has been held since 2010 in Miami, Los Angeles, Athens & Atlanta, New York, Chicago, Washington, DC, Seattle, St. Louis, Los Angeles, and New York. This year's meeting will be held at Case Western Reserve University School of Law, Cleveland, OH, October 30-31.

The proposal period has ended. Thank you to all who submitted. Notifications of acceptance will go out by the end of July. 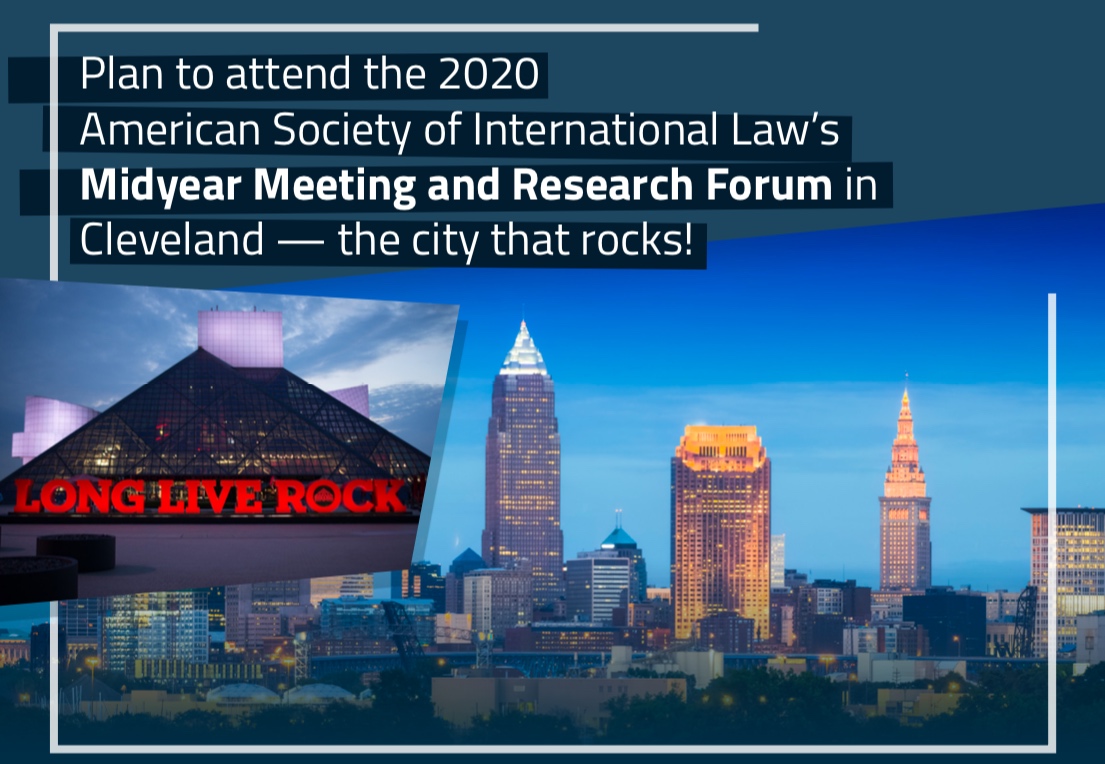